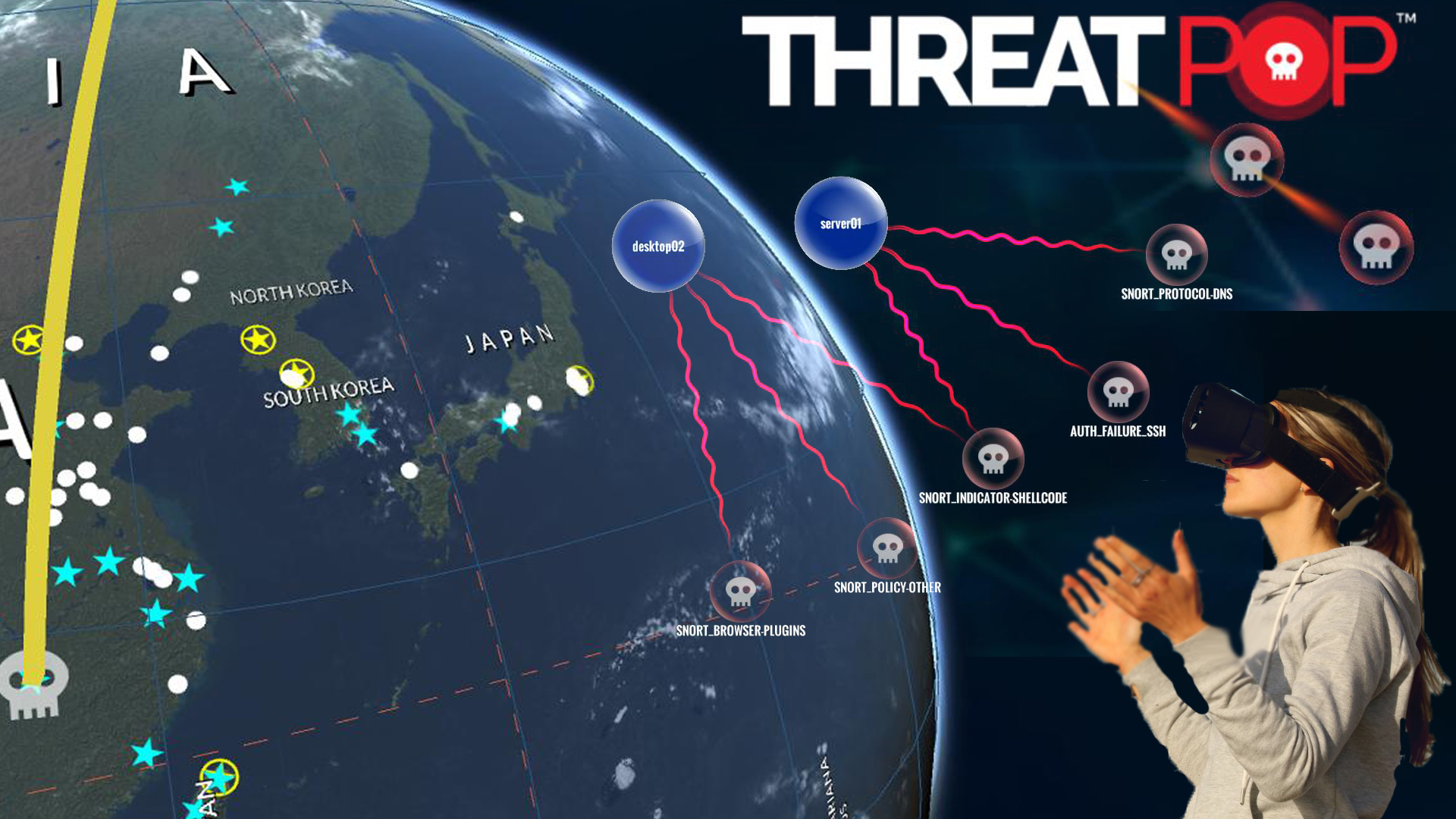 Game engine technology isn’t only for games anymore. Businesses are often seeking the best visualization and the most memorable interactive experience for customers and employees. Dovestech has been leading the charge when it comes to gamification for the enterprise, releasing its state of the art cyber security visualization product known as ThreatPop.  The product offers cyber security analysts a unique and interactive threat hunting experience unlike traditional cyber security products that are found in the community today.

“As the CTO of Dovestech, I have been leading the charge on cutting edge visualization technologies and finding ways to apply it into our product offerings. We are early adopters of game engine technology for our cyber security visualization product because we wanted to be the first cyber security product on the market that tapped into this unique power that engines offer today.  Technologies such as VR, AR, WebGL, and Mobile 3D give our cyber security analysts an interactive threat hunting experience at there finger tips, with a tap of a finger or directional movement of the VR goggles.”  – Ronnie Dove

ThreatPop is a unique product, where cyber security events come alive. It allows a cyber security analyst to interact with the data in a way that pushes innovation to a new level. We became a master at our craft, dealing with complex development situations such as learning about performance on mobile devices, pooling resources, and building API’s to communicate between a game engine and a server. We also spent a lot of time perfecting streaming analytics so that the JSON data arriving into ThreatPop was enriched. We worked with ElasticSearch for searching metadata while using MongoDB for user authentication.

“We did a lot of software development that is pretty traditional when it came to the framework surrounding our product. We used REST API’s when at all possible so that the game engine technology could request for data via an SSL connection to the rest endpoint. The REST endpoint was usually where we would query such databases as MongoDB or ElasticSearch, depending on the data storage. We also utilized technologies such as a NiFi to enrich Snort and other cyber security events.” – Ronnie Dove

Dovestech‘s game engine platform of choice is already supporting VR/AR. Unity3d is the most widely used VR development platform, and over 91% of HoloLens experiences are made with Unity. Unity supports all the latest and greatest platforms. Native support is now available for Oculus Rift, Steam VR/Vive, Playstation VR, Gear VR, Microsoft HoloLens, and Google’s Daydream View.

Dovestech also offers a collection of other cyber security products which are available through its products and service offerings. Dovestech is partnered with leading cyber security innovators and is also getting ready to unveil a couple new and exciting products.